The main species representing the fish in the Karkonosze National Park is the brown trout. It prefers larger mountain streams such as Łomnica or Szklarka. It mainly inhabits sections of streams with lesser drop, where the current is rather mild. It also occurs in the Mały Staw at an altitude of 1183 m. This is the highest position of brown trout in the Karkonosze National Park. On the Czech side of the mountain this fish can be seen on much higher altitude. It was found in the initial run of Pančava above 1350m asl. Trout, living in difficult mountain conditions, rarely attains the size typical to their species.

Formerly, the Karkonosze streams were richer by a greater wealth of ichthiofauna. In more numbers than today, in the lower parts of the mountains, there lived the european bullhead. It grows up to 15 cm in length. It is a fish with a specific silhouette, with head adapted to look for and collect food from the bottom of streams. European bullhead is a nocturnal predatory fish that hunts mainly for lesser water invertebrates, occasionally smaller fish and such. In the Karkonosze - besides brown trout, two other trout species could be found: the brook trout and the rainbow trout. These are not native species. They were brought to Europe at the end of the 19th century from North America. The intensive rearing of the Karkonose streams by foreign species of trout occurred in the years 1902-1911. The fishing fishing organizations saw this as a good way of enriching the aquatic environment, often damaged by the developing industry in the Jelenia Góra Basin.

The amphibian class is primarily associated with the aquatic environment. Characteristic for the Karkonose is the decreasing the number of species along with the altitude above sea level. The Karkonosze National Park remains a home to 6 species of amphibians: the common frog, the edible frog, the common toad, the alpine newt, the smooth newt and the fire salamander. It is not impossible to find the species occurring in the neighborhood, outside the boundaries of the Park. They very well may be: the moor frog, the European green toad, European fire-bellied toad, the Northern crested newt. Common frog is the most common amphibian in Karkonosze. It is not so closely associated with the aquatic environment. Outside of the mating period the animal lives mainly on land. It can be found in almost all ecosystems: from the foothills, through the regatta floors, to the glacial boilers and in the depression area in the main ridge of the Giant Mountains.

Common frog is a species with high variability of coloration. Its colors are a way of adaptation to the hues of the environment. This feature fulfills very important protective functions, camouflaging the amphibians against its predators.
The edible frog according is on the other hand strongly associated with the aquatic environment. During the mating season and in the summer it is a species easy to observe, because it almost constantly stays at the edges of ponds and little lakes. In the Karkonosze it may be found in lower water reservoirs, mainly in the Park's lagoon. A common toad like a frog has a very wide range of occurrence. Most often it can be found at the foot of the mountains. A small proportion of the population breeds in less favorable conditions. Common toads can be found even in the glacial lakes waters of Mały i Duży Staw.. The individuals living here are almost completely black. These are so-called melanistic forms.

The amphibian living in the humid ecosystems of the plant floor of the foothills and lower parts of the lower valleys is the fire salamander. It is the least common species in the Karkonosze.
There are 4 species of newts in our country, in the Karkonosze National Park once can observe: the alpine newt, and the smooth newt.

The reptile class is represented on the Polish side of the Karkonosze by 5 species: the sand lizard, the viviparous lizard, the anguis fragilis, the common European viper and the grass snake. On the Czech side of the mountains there we can spot: the smooth snake, a species that does not inhabit Polish part of the Park.

Common viper is relatively easy to find in the eastern part of the Giant Mountains. It may be found on the outskirts of stands, clearings and sunlit slopes. The individuals living there have often a darker (than typical) form of coloration. There are two species of lizards in the Karkonosze National Park: the sand lizard, the viviparous lizard. They represent a different tolerance to the thermal conditions. The second one can be found in the highest parts of the Giant Mountains. As the name implies, it is viviparous (more specifically ovarian) and gives birth to youngsters from late July to early September. This is a indicator of adaptation to a difficult climatic conditions. The sand lizard, on the other hand, does not go above the montane zone, where it is too cold for the development of its eggs. The anguis fragilis is a common reptile in the lower parts of the Giant Mountains. As the height increases, its number decreases. It was observed up to 1100m asl. During the day it is most often hidden under the stones or under decaying wood, lying on the forest floor.

Grass snake occurs in the lowest parts of the Giant Mountains. It is strongly related to aquatic environment, as it feeds mostly on amphibians, fish or small rodents that it swallows, without killing them first. When attacked by a predator it plays dead and releases a strong, foul odor. It is non venomous, thus completely harmless species. 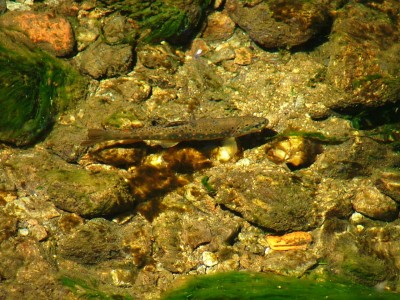 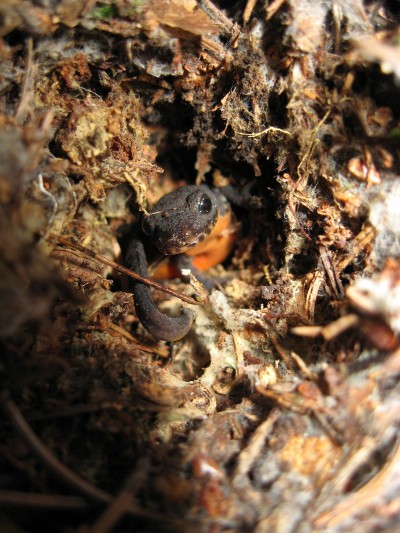 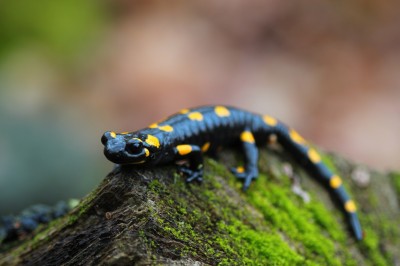 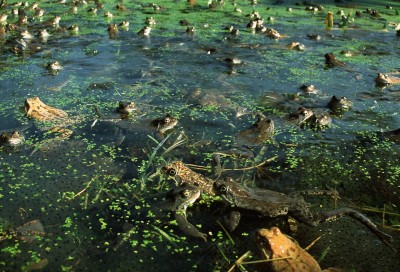 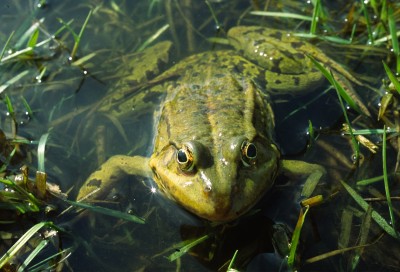 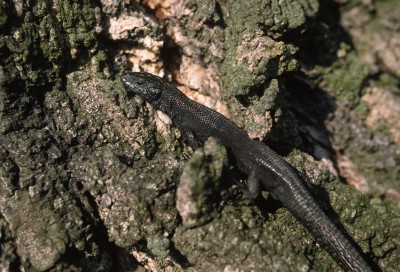 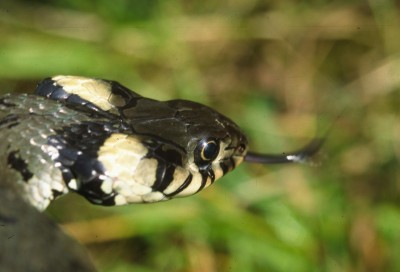 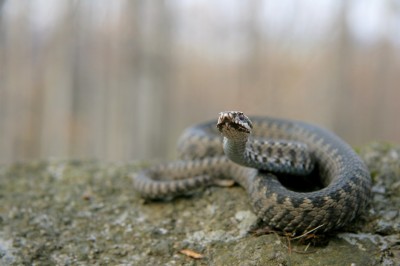